California Work & Family Coalition Director Jenya Cassidy, National Domestic Workers Alliance Special Projects Director Alicia Garza and Parent Voices Statewide Organizer Mary Ignatius will help provide participants with a background on US family leave laws, the growing movement for paid family leave and the very specific work we have to do to ensure that these laws work for diverse US families.

In 2002, California passed the first Paid Family Leave law in the US. Grassroots activists – parents, caregivers, unions, worker centers and child care advocates and providers were behind this historic win that has benefitted over 2 million workers and their families and sparked campaigns and a growing movement across the country. Today, prominent business leaders, the White House, and presidential candidates publicly support some form of paid leave.

There has never been a better time to push for national policy. But as we raise our collective voices for paid leave, what are the lessons learned in California? How can we create a policy that is equitable and really works for all US workers - young, low income, men and women of color, and new immigrants?

Register now to hear more about this important issue.

More About the Panelists 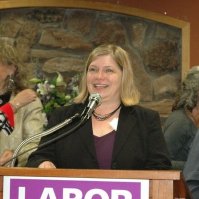 Jenya Cassidy is the Director of the California Work & Family Coalition. The Coalition is an alliance of parents, caregivers, advocates, and union members organizing to expand and protect every Californian’s right to put their family first. The Coalition led the campaign to win the first Paid Family Leave law in California in 2002. Since then, Jenya has worked tirelessly with stakeholders to ensure that all families have equal access to paid leave, paid sick days, and fair schedules.  As a work family advocate and community organizer, Jenya has a long-standing commitment to social and economic justice.

Prior to her work with the Coalition, Jenya served as a worksite representative for the healthcare workers union and the Policy Director for the Labor Project for Working Families. She is on the national board of Family Values @Work and holds a Bachelor’s Degree from UCLA. She lives with her three children in Alameda, California. 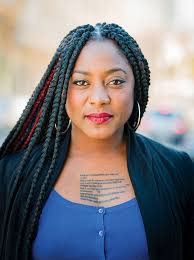 Alicia Garza is an organizer, writer, and freedom dreamer living and working in Oakland, CA. She is the Special Projects Director for the National Domestic Workers Alliance, the nation's leading voice for dignity and fairness for the millions of domestic workers in the United Staes, most of whom are women. She is also the co-creater of #BlackLivesMatter, a national organizing project focused on combatting anti-Black state sanctioned violence. Alicia's work challenges us to celebrate the contributions of Black queer women's work within popular narratives of Black movements, and reminds us that the Black radical tradition is long, complex, and international.

Her activism reflects organizational strategies and visions that connect emerging social movements without diminishing the specificity of the structural violence facing Black lives. She has been the recipient of numerous awards for her organizing work, including the Root 100 2015 list of African American achievers and influencers between the ages of 25 and 45, and was featured in the Politico 50 guide to the thinkers, doers, and visionaries transforming American politics in 2015. 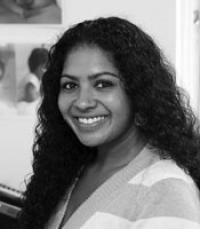 Mary Ignatius is the Statewide Organizer of Parent Voices, a parent-led grassroots organization fighting to make quality childcare accessible and affordable for all families. As the Statewide Organizer since August 2005, she coordinates the work of its 15 chapters and implements the leadership development model Parent Voices has crafted for 20 years. Under her tenure, Parent Voices has won campaigns to update income eligibility guidelines to qualify for subsidized childcare, restore a childcare program that was eliminated, and protected childcare subsidies for thousands of families. As a mother of 2, a first generation daughter of immigrants who grew up in the Bay Area and is committed to social and economic justice, Mary brings passion and inspiration to her peers in Parent Voices. She holds a Masters of Social Work in Administration and Social Planning from Temple University and a Bachelor of Social Work from Rutgers University. Her previous experience includes work with the Kensington Welfare Rights Union, Community Legal Services in Philadelphia, Instructor - City College of San Francisco, and Project SURVIVE. Mary loves to travel and is inspired by the curiosity and wonder that her sons bring to this world.